What is impact anyway? 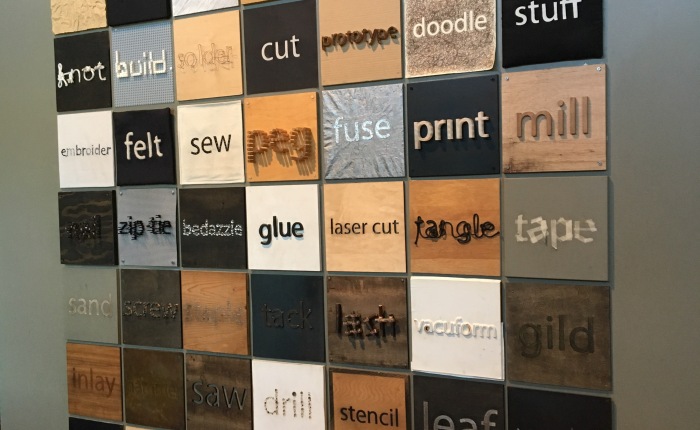 So I may have referred to my problems with the SF transport system. I put this down to being new, however this morning I was to be stumped yet again by the mysterious lack of Trolley car E. So the instructions that had looked so easy turned into lies and I ended up walking all the way. It wasn’t a bad walk, or it wouldn’t have been without the detours to each station to try and discover whether this was the mythical stop for the imaginary trolley. And half way through the temperture went from autumn chilly to roasting hot. So I think it’s fair to say that I arrived at the Exploratorium more than a little grumpy. Perhaps I can only take 2.5 weeks of being lost before I lose my cool? Perhaps I yearn for the luxury of knowing where the heck I’m going?

Anyway, end of rant. Because then a lovely person welcomed me and signed me in. And I had time to admire the way that they reinforce their values and mission all the way through the welcome and ticketing experience before Josh who heads up their research team, came down to meet me. I then got a whistle stop tour to give me some idea of the landscape before retiring to chat serious impact. I met Josh at the conference in Boston but we didn’t have a lot of time to talk, now it became clear that he is a really deep, analytical thinker. We quickly ran out of time so I had time to go and explore the place (as instructed) before we regrouped.

I saw the magnificent Strandbeests, which was amazing – I highly recommend it to anyone more local or with the ability to suddenly fly to SF. I got chatting to a local lady who had never found a reason to visit before, but came specifically for this. We bonded over how hard it was to get around the city! I was able to recommend their Thursday night lates – I’ll take my commission later. It’s interesting that this exhibition is being presented in the normal exhibition space, bar clearing the area of exhibits (goodness knows where they are stacked up) all they have done is added some drapes. Then the displays, both static and interactive, the creatures themselves and the show areas just use some rope barriers to indicate what you can touch and what you can’t. 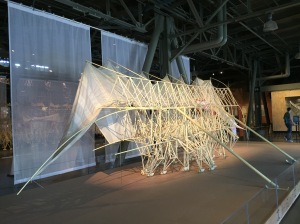 There are an enormous number of exhibits still left on display. I was racing round at top speed and had I been with someone else then I would have covered far less. Key things that really interested me were the behavior of visitors. I have been used to huge, unruly groups of camp kids. Not here. It was busy, but small groups or couples were moving around chatting, laughing, pointing out things to their group, but no one was running, screaming or showing the signs of overstimulation.

When I regrouped with Josh we walked a few circuits of the building and discussed the behavior differences. Perhaps a sign of great content, perhaps the calming influence of the Bay as seen through the windows? We discussed the Biology area as this was one of my favorites, it focused on the tiny life and the life found in the Bay. It was relevant. Later I fished a plate out of the sea to see what had colonized it – that felt strangely empowering. Upstairs is a gallery devoted to the environment, again particularly the Bay. You can see who lives where, by age, by numbers or by race and make your own conclusions. This is where I needed a companion to share my questions and thoughts with! Then we sat in rocking chairs and discussed values, how curiosity or inquiry or the ability to ask questions creates a healthy population, able to see through spin and pseudoscience and make good decisions in a democracy. And whether an institution should make it’s more political values overt. 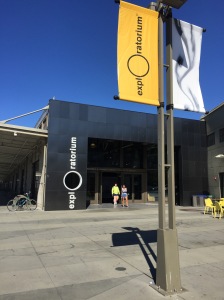 I had time to then pop into the Tinkering Studio, check out the new Science of Sharing exhibits and generally fly around trying to fill my phone with photos. Had another happy encounter with a fellow visitor in a dark booth as we were trying to understand if we were seeing the glowing bacteria or not. She and I ended up in fits of giggles about the absurdity of two strangers in a small box peering at a wall – could it be another psychology exhibit?

So I left in a much better mood than I had arrived – and what institution wouldn’t want that! I then explored the piers and Fishermans Wharf – I don’t want to offend any SF’cans but it is quite similar to Weston-Super-Mare in many ways. Once my feet started complaining it was time to head back. But of course the imaginary unicorn beast that is Trolley E wasn’t running so a lovely trolley driver told me how to get back and waved me away when I tried to pay. Then he did something quite brilliant. Each person looking for that bloody missing trolley was told to get on and follow me, he made us into a group with a shared mission. Anyone who has read Nina Simon’s account of her volleyball instructor will realise that he just scaffolded a shared social experience. And it worked. We set off as a large group, following the instructions that I had, then using the knowledge of the group. Even asking for help from official looking people. And so I got chatting to a high school graduate who wanted to hear all about Europe and my travels. We even shared a coffee and I bored her with some photos while waiting for the train once we successfully arrived.

So thank you Exploratorium, thank you trolley driver – you made my day great.